Few travel experiences are as stressful, intimidating, and anxiety-inducing as navigating an airport. Those effects are ratcheted up to eleven when it’s a foreign airport in a country with a language you don’t understand. Now, add the additional weight that comes with being an American in Cuba and you’ll begin to untangle the cocktail of thoughts and emotions that greet you upon landing at the Havana airport.

I am a very go-with-the-flow traveler, as evidenced by my trip to Haiti on a whim or nine-day jaunt to London that I decided to go on two days in advance. It takes a lot to rattle me. Havana’s airport came close.

Touching down in Havana elicits the same excitement you got as a kid when you snuck extra cookies or found two PS2 Star Wars games that your mom bought you for Christmas, opened and beat them, and then returned them to their hiding place without anyone knowing. It’s exhilarating to defy the rules, especially ones as ill-conceived as the United States’ Cuba policy. Deplaning is a different story, as humidity the likes of which only Jurassic Park guests and Billy Ray Cyrus experience regularly overtakes you. 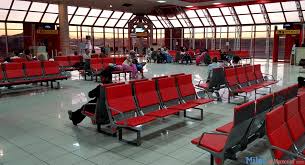 Ignoring the sweat, you’ll meander down a long corridor that opens up into another long corridor, adorned with dark red paint that makes you wonder if maybe they took the communism themes a bit too far. Luckily for English speakers, there’ll be signs guiding you to a set of escalators that leads down to customs. You’ll be greeted by several counters and, most likely, lines that stretch into eternity. The right counters are for cruise ship passengers, though that rule seems to be loosely enforced and I myself used it, as did several others who were on my flight. The initial entry stamp is a relatively simple experience once you get through the exhaustive line. From there, you’ll do another security screening (very similar to TSA standards, so prepare to remove your belt and shoes). Savor the time it takes you to get through the security line because after that it’s complete and utter chaos. You’ll be required to hand in a certification of healthiness form, but if you aren’t ill you can just hand it in and move on with only a slight acknowledgement from the people in charge. Now the fun begins.

If you’re a first-time Cuba traveler, I recommend changing your money at the airport. For Americans traveling with U.S. dollars, that means facing a hefty 13% fee on whatever you’re changing. $100 USD becomes $87 CUC (Cuba’s tourism currency), etc. If you’re more experienced or willing to risk it, you can get a more equitable exchange rate “on the street.” You can also change your USD to Canadian currency or Euros before arriving in Cuba, as those aren’t subject to the same penalties and fees as American currency. When I traveled to Havana in October 2017, Fort Lauderdale’s airport had exchange machines near the Cuba gates, something I wish I’d known beforehand. 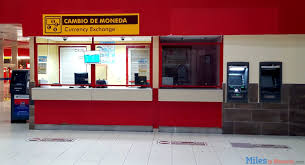 If you are changing money in the airport, you’ll want to head out of the security check area and go left, where you’ll be greeted by throngs of cab drivers and others trying to give you a ride. It’s like the mosh pit you never wanted to be a part of.

Either way, no ride from the airport to downtown Havana should cost you more than $30 CUC. Escaping the pit of doom, continue heading straight and up a set of escalators. This is the entrance to departures, and there should be exchange booths on either side of the security checkpoints. However, because it’s Cuba, expect delays.

The lines could be long, the people staffing the booth could be too busy flirting with each other, or only one of the exchanges could be open. In my case, it was all three. Friends of mine who arrived later told me there was a hidden exchange machine that they found by accident, so that’s certainly worth looking for, but I have no advice on where to find it. If you speak Spanish, it doesn’t hurt to ask.

Congratulations! You’ve exchanged your money and you’re almost done! You’ll have to take an incredibly slow and questionably stable elevator back down, as there are no down escalators, but after that, you’re free to hail a cab and get out of José Martí International Airport.

Again, no cab ride to downtown Havana should cost you more than $30 CUC, and you should agree to this price with your driver before leaving the airport.

If you find a driver that you trust and get along with, get their info and inquire about hiring them for the rest of your trip. The best travel resource you can have in Cuba is a knowledgeable taxi driver at your disposal.